It was a hot summer’s day and I was celebrating a good friend’s birthday and catching up with friends over some BBQ. Life was good at that moment until this amazing looking birthday cake appeared. Life went from good to great!  The cake tastes too good to not share the recipe.

To make the almond dacquoise, preheat oven to 180C. Process almonds in a food processor until finely ground, then combine in a bowl with icing sugar. Whisk eggwhites with electric mixer until soft peak form, then gradually add caster sugar and whisk until stiff peaks form. Gently fold through almond mixture. 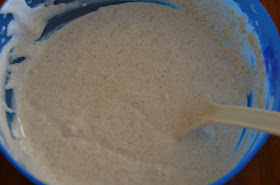 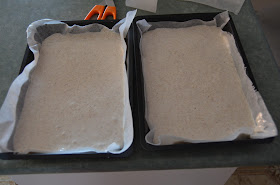 Note: Originally, the mixture suppose to be spread into a bigger oven tray (eg: 30cmx40cm) and then cut half lengthways to make sure you have equal quality of dacquoise. However, because I used smaller sized tray, thus thicker layer, I lower the heat and let them stay in the oven for a longer period of time (180C for 25-30) so in the end you will have crispier dacquoise. 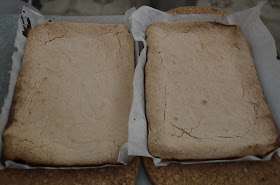 Now, lets go to the watermelon. arrange the slices in a single layer on a wire rack. Sprinkle them with 20ml of the rosewater and then scatter with 2 tbsp of sugar. Stand to macerate approximately for 30 minutes and them pat with paper towel. 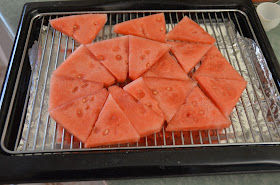 While waiting for both to be ready, lets do the rose-scented cream. Whisk cream and sugar with an electric mixer until soft peaks form, gradually add rosewater and whisk until stiff peaks forms. Do not over whisk, keep an eye on the texture! 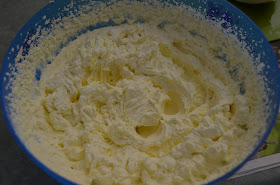 Check on the dacquoise, if they are cool enough, lets get stacking!
1. Place 1 dacquoise for the base 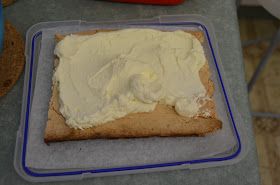 3. Scatter half of the almond meal 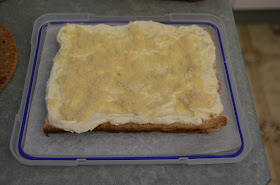 4. Put the watermelon on top and trim to fill any gaps

5. Scatter the other half of the almond meal 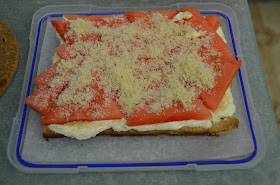 6. Followed by 1/3 of the rose-scented cream

7. Place the other piece of dacquoise and 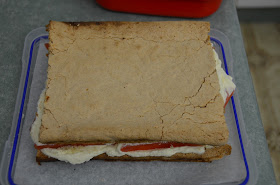 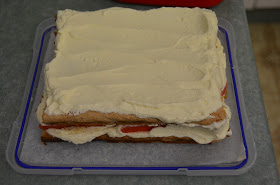